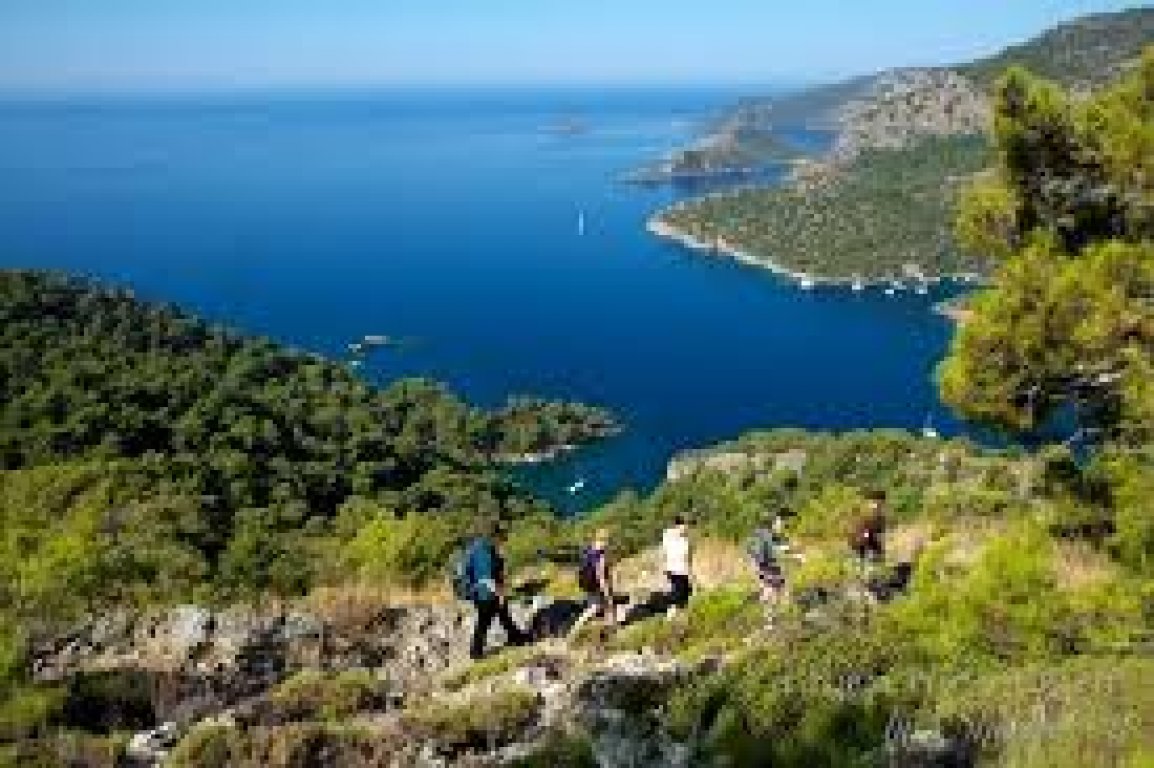 The Peninsula, which is now called the Teke Peninsula and extends from the Antalya province to the Gulf of Fethiye to the Mediterranean, is called Lycia in the ancient geography.

The Lycian Way Guide Monument, a map of the Lycian geography where the settlements are written with interlinked routes and distance measures, is the oldest and only highway map of the world known.

The area between Demre and Kas is the most densely populated part of Lycia. Almost 30 residential areas per km2 are falling.

The region is the most interesting region of Anatolia with its local traditions and especially its own grave architectures, and the cities are usually located on the shores and in the valleys of Xanthos and Arykandos, which are considered the heart of the region. Some of the inscriptions belonging to the Lycian language, known for their own language and alphabets, have been translated into contemporary tongues in recent years, most of which belong to the tomb inscriptions.

The Lycian region is composed of large, medium and small sized cities, port cities, military and semi-farm and tower settlements. Most of the visible remains of the area are Roman and Byzantine. In the classical settlements concentrated in the mountains, olive oil and wine workshops, farming terraces are absolutely found.

The houses in the Lycian region are generally divided into four gurubas. First group; dwellings with side by side on the slope of the hill, with separate entrances of each adjacent space, second group; in the residential area are independent single and double rooms in rural settlements. Both groups of houses are mostly two storeys, and the public areas are close together. Third group; Houses with 2-4 mega, scattered in agricultural areas, generally single storey, some courtyards, their own cisterns and workshops, Fourth group; in the middle of a courtyard around the rooms, made in rural areas, generally belonging to the rich. It is possible to see these remains on the Lycian hiking trail.

The Lycian Way will be Turkey's first long-distance walkway, with a length of 509 km by 2015. and Hisarcandır Village, the road has reached 535 km with the newly added Çıtdibi and Geyikbayırı stages and ends at Geyikbayırı. It is this walking route which is formed by the marking and mapping of a part of the path from Teke peninsula starting from Fethiye to Antalya and called Lycia in history. In 1992, tour studies were started and tourism was opened in 1999. Nowadays, it offers incredible beauty to local and foreign nature and hiking enthusiasts. To enjoy the beauty of the Mediterranean and the mystery of the Ancient Lycian period, you will continue your journey through untouched little coves along the road, through mountain and plain villages, where too many people live, along a pleasant walk along the road to Lycia. You will see both the Mediterranean culture and the wonderful nature scenes.

The Lycian Way is shown as one of the 10 best long-distance walking routes in the world by various sources. The track is fully marked and maintained by sponsors and volunteers. Some ancient places on the hiking path starting from Fethiye; It is possible to see many antique and new era areas together with Sdyma, Pyndai, Phellos, Apelia, Theimussa, Letoon, Xanthos, Patara, Antiphellos, Apollonia, Idyros, Simena, Myra, Limyra, Gagae, Olympos, Sura, Belos, Phaselis. west part is the south part of Mugla province, and Lykia is south of a line drawn from Köyceğiz to Antalya. The west border is Dalaman river, east is Phasalis city, north is Akdağ border.